Childhood Friends Elope in The Bahamas 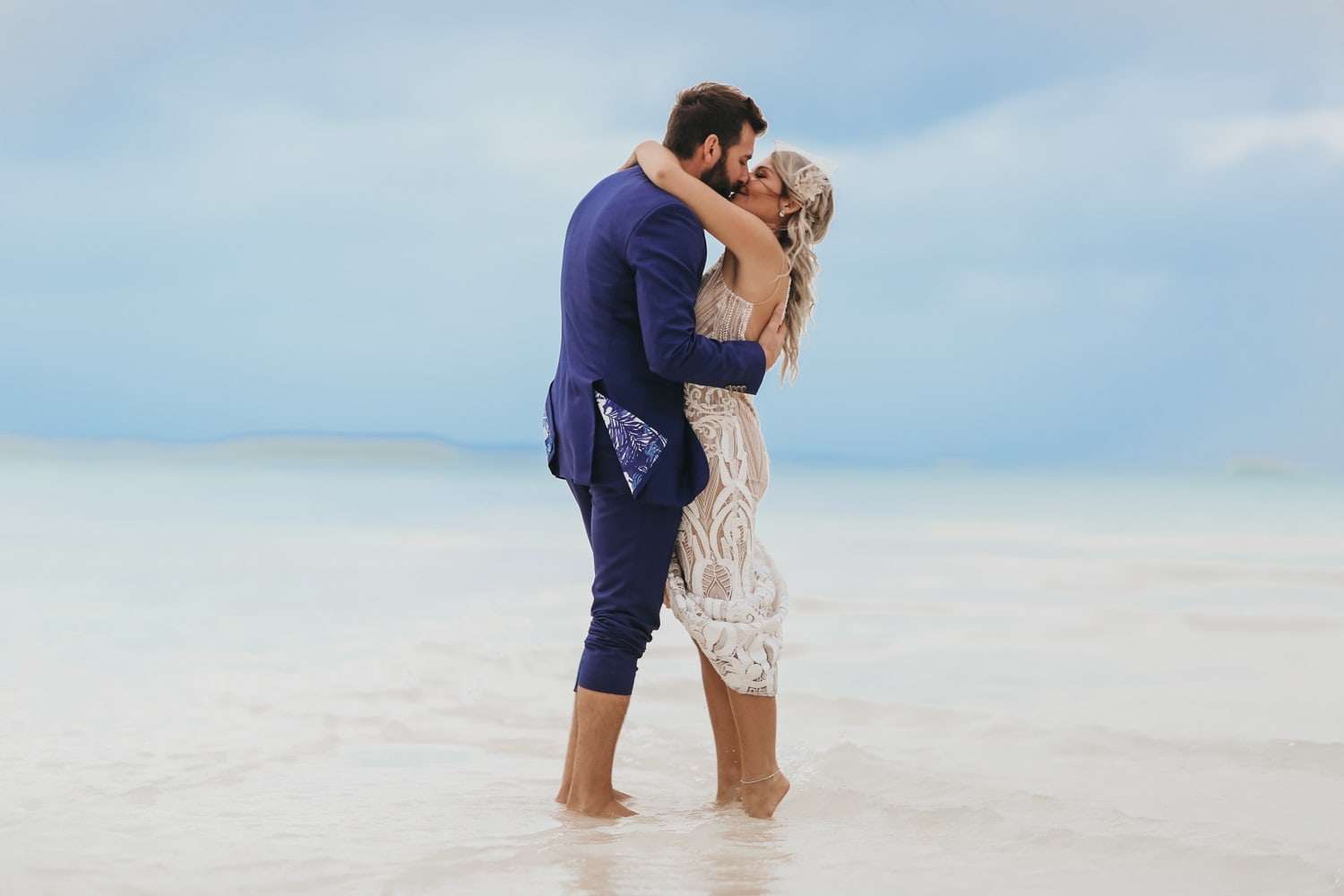 Childhood friends, Dustin and Melissa eloped in the Bahamas at a windswept Exuma sandbar wedding. The childhood friends eloped in the Bahamas! Family friends who grew up next door to each other, the two moved away from home and went their separate ways — each moving to a different state. But, as fate would have it, years later, the two met again at a family affair no less and reunited. The two found themselves living in the same state — Florida. Love ignited. Sparks flew!

Initially, the couple planned a big wedding but their hearts were really set on an elopement. COVID provided the perfect opportunity! Melissa contacted me and we set to work. With borders and hotels just reopening at the beginning of November, we set on a February 3, 2021 sandbar elopement date. The tide, weather, et al, were musts in order to host a sandbar wedding. We scheduled November 3, 2021, as the date.

Melissa and Dustin knew the exact place they wanted to stay for their elopement — the charming, colorful, beachfront Paradise Bay! We made those arrangements.

The wedding day arrived. Stormy, windy weather greeted us. Boats were ordered by the Met Office to remain onshore in a safe harbor. Which meant we could no longer take a boat to the middle of the ocean sandbar. So, we arranged for the couple to be married in a sheltered spot with sandbars right off the shore. Everything worked perfectly. We waded in two-inch water to walk to the windswept Exuma sandbar elopement.

The bride and groom were married just before sunset. Champagne popped. The cake was cut. Melissa and Dustin were content. Their dreams were realized! Chic Bahamas Weddings is delighted to plan your Bahamas wedding! Contact us today!